Slovenia may be small, but its array of delights is enormous, diverse, and gloriously unique (as are its many unusual places to stay!) Occupying a special position in the heart of Europe, Slovenia is surrounded by the towering Eastern Alps and the shimmering Adriatic Sea, not to mention Italy,…

Slovenia may be small, but its array of delights is enormous, diverse, and gloriously unique (as are its many unusual places to stay!) Occupying a special position in the heart of Europe, Slovenia is surrounded by the towering Eastern Alps and the shimmering Adriatic Sea, not to mention Italy, Croatia, Hungary, and the Balkans.

This not only makes Slovenia wonderfully accessible, but it also brings an amazing mixture of climates and cultures. Oh, and more than half of the country is covered in magical forest, which also makes Slovenia one of the greenest places you’ll ever visit.

Ljubljana (pronounced lyoo-BLYAH-nuh) is Slovenia’s charming, art-filled capital, and well worth a visit. Tromostovje, otherwise known as the Triple Bridge, is its major tourist attraction, in which three scenic bridges span the sparkling river below.

Wander through medieval squares as you spot castles in the Old Town, or head to Tivoli Park for a coffee stop that’s surrounded by green views, before perhaps taking in a performance at the Slovene National Theatre.

If you don’t want to be so obviously ‘touristy’, Maribor is Slovenia’s second-largest city after the capital, and an absolute must for wine lovers!

Here you’ll find the oldest vine in the world (dating back over 450 years) as well as vineyards and wine cellars that are dreamily positioned on the banks of the Drava River. Not forgetting the historic architecture to be found, too… try Slomškov Square or Castle Square for some of the most striking.

You couldn’t mention Slovenia without referring to the rolling Julian Alps, which make up the majority of Triglav National Park. Test your hiking boots to destruction by climbing Mount Triglav (or take the easy – and more leisurely picturesque – option of a cable car ride instead!)

There’s plenty more opportunity for adventure… how about crossing the Vintgar Gorge via a 19th century wooden footbridge, or tackling steep stairs to see the wonder that is the tumbling Savica Waterfall?

The gateway to Triglav is the emerald green Lake Bled, an idyllic body of water that you can walk around in just few hours (so pack a picnic, and you’re all set!) The island in the middle of the lake, home to a 17th century church, is the icing on the cake, or climb to Bled Castle for truly magnificent views.

Where else? Postojna is a town that’s known for its jaw-dropping cave system, and its medieval castle built into the side of a cave (which really has to be seen to be believed!)

Meanwhile, if you like taking things upscale, Kranjska Gora is a pristine winter ski resort that’s teeming with luxury hotels and world-class restaurants, while Piran is a coastal hotspot that’s pleasingly reminiscent of Italy. Take a sun-soaked dip in the Adriatic, then order a cocktail and count Slovenian life’s many blessings! 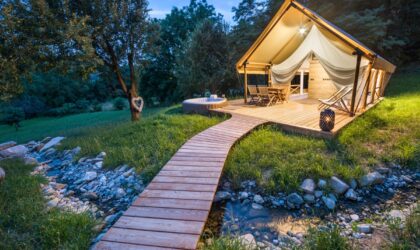 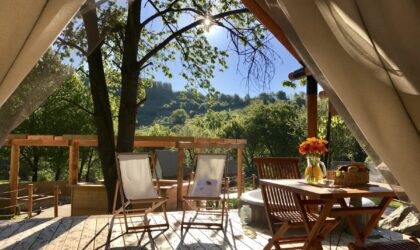 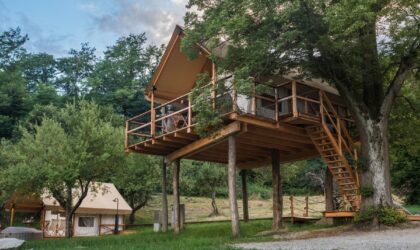 Pocehova, Maribor
Idyllic Slovenian vineyard glamping in the refreshing midst of natural and unspoilt luxury, with plenty of good wine! 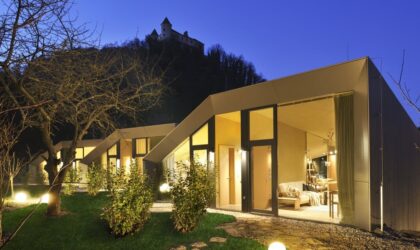 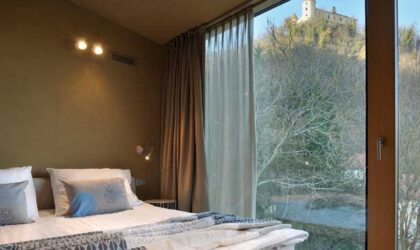 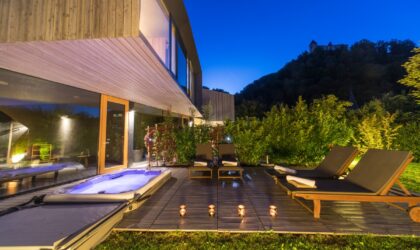 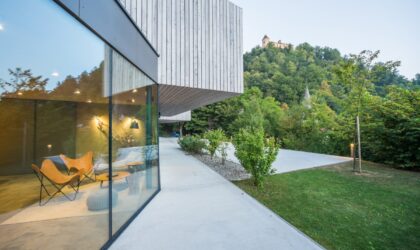 Podcetrtek, Savinja
Six eco-apartments and ‘stars of nature', discovered on a flower-strewn hill in the tranquil heart of natural Slovenia. 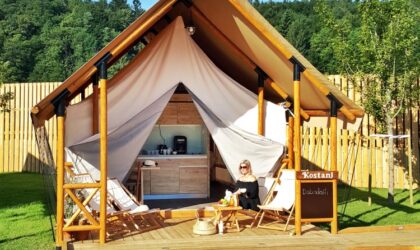 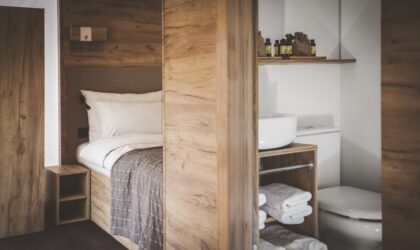 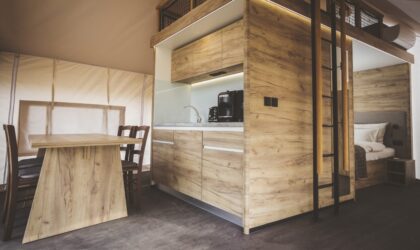 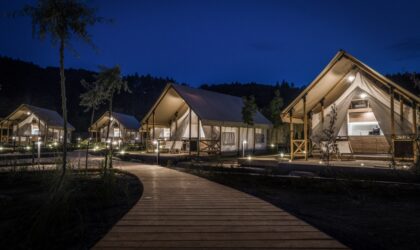 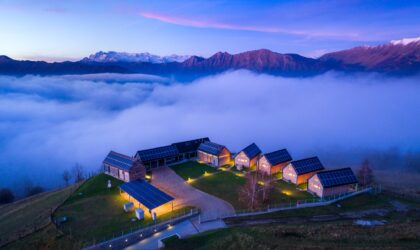 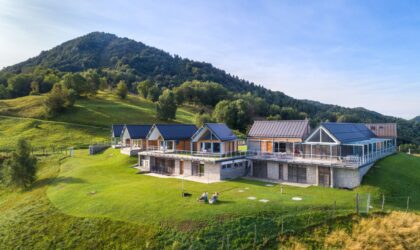 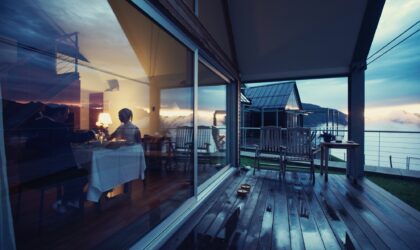 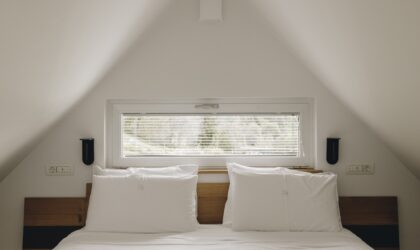 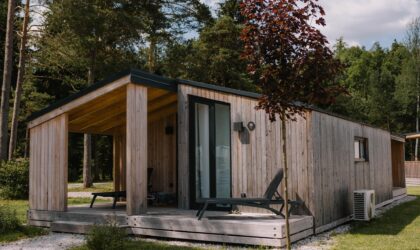 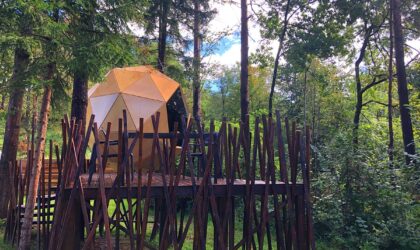 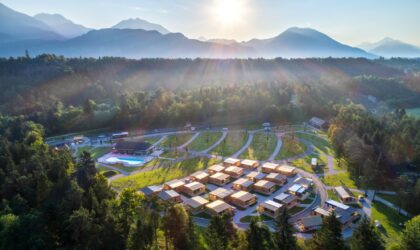 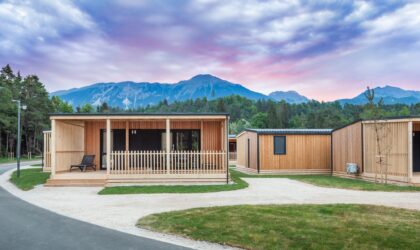 Bled, Upper Carniola
A refreshing, eco-and-family-friendly retreat amongst nature at its most magical, surrounded by Slovenia's breathtaking Julian Alps.